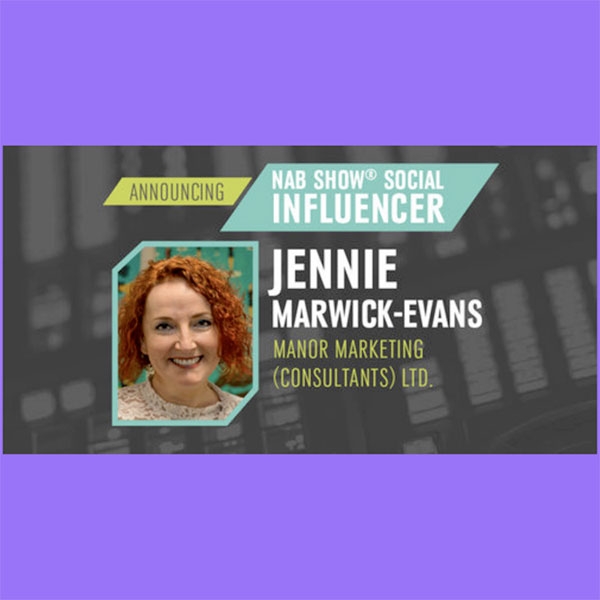 NAB show organisers today announced that Jennie Marwick-Evans of Manor Marketing has been named one of NAB Show's official Social Influencers for 2018! With responsibility for promotion of all aspects of the NAB show, Jennie will also be involved in Facebook Live and Twitter Live sessions during the event itself.