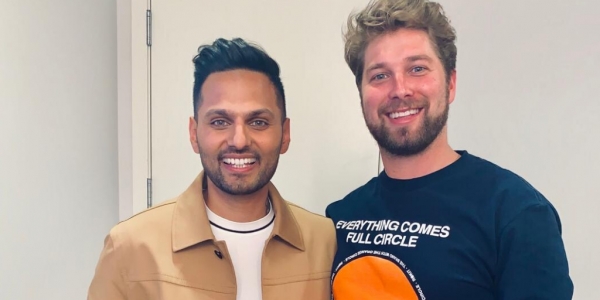 According to Shetty, “Our mission in working with brands, publishing companies, authors, entertainers, entrepreneurs and thought-leaders is to create video content that has a positive impact on the world. In short, we want to make wisdom go viral.”

However, Icon Media’s success was causing growing pains that had to be addressed, primarily to deal with the volumes of content the company needed to ingest, store, and produce.

Icon Media COO Kushneir said, “In slightly less than two years, we grew from two people serving two clients to 28 people serving nearly 20 clients. I realised that I couldn’t keep buying boxes full of hard drives to keep pace with all the content we were handling. We needed a shared storage system that was fast, accessible, and organised but wasn’t going to cost an arm and a leg.”

On a recommendation from an existing employee with prior experience with GB Labs, Kushneir discovered GB Labs’ FastNAS F-8 Nitro server system, a compact, high performance NAS powered by GB Labs’ CORE.4 Lite OS. Sold by Los Angeles-based GB Labs partner RFX Inc, the system has the ability to effortlessly handle large capacities - in this case 96TB – and all at an attractive price point.

Kushneir said, “FastNAS F-8 Nitro met all of our criteria and more. It is indeed a very, very fast system that has made a huge difference to our workflow.

“In my view, any size of company will save time, money, and energy with GB Labs. I can’t imagine anyone doing what we do without a GB Labs storage system.”

GB Labs CEO-CTO Dominic Harland said, “We are delighted to contribute to Icon Media’s ongoing success. The benefits they are experiencing directly reflect our aims in designing and manufacturing the technology from the start and we look forward to growing alongside them in the future.”