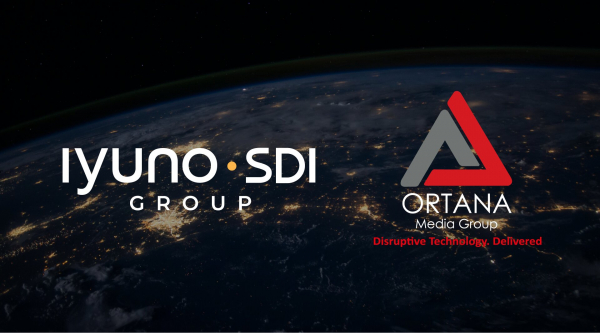 Ortana Media Group (“Ortana”), leading asset management, orchestration and automation solutions provider has been 100% acquired by Iyuno-SDI, a global localisation and media services partner to the world's leading content producers and distributors. This acquisition comes shortly after Iyuno-SDI announced its strategic investment in Ortana in October 2021.

Ortana will operate as a wholly independent subsidiary company of Iyuno-SDI and will continue to offer its full range of Cubix based SaaS and managed service solutions to their existing customers, new customers, technical and channel partners.

Iyuno-SDI will accelerate their deployment of Ortana’s Cubix platform to centralise its global media asset management, workflow automation and tool integration across its 67 facilities worldwide. This will provide the backbone of the company’s extensive expansion of media and distribution services allowing Iyuno-SDI to manage increased demands for end-to-end localisation services.

James Gibson will remain Chief Executive Officer of Ortana and additionally take on the position of VP Product and Architecture for Iyuno-SDI. James will report to Iyuno-SDI Chief Information Officer, Allan Dembry.

“We are delighted to have Ortana and James Gibson join the Iyuno-SDI Group. He has clearly demonstrated an industry-leading approach to workflow automation and media asset management,” said Allan Dembry, CIO of Iyuno-SDI.

“I could not be happier to join the Iyuno-SDI Group. The combination of Iyuno-SDI's depth of scale, global reach and truly talented people with Ortana’s technology and solutions will make us the clear choice for businesses in need of localisation and media management solutions,” said James Gibson, CEO Ortana.

As a result of the acquisition, Fraser Jardine will be promoted to Managing Director of Ortana Media Group. Jardine will continue to focus on the company's strategic initiatives whilst remaining actively involved in the business's commercial development.

"After a long association with Ortana, it's incredibly exciting to be a part of this significant new chapter in the company's history. I'm delighted to now be taking on this role as Managing Director and to lead our highly motivated team as we continue to expand the company globally," says Fraser Jardine, Ortana Media Group Managing Director.

The company will continue its expansion of sales, engineering, and support teams that has seen the company nearly double its skilled staff headcount in key departments.