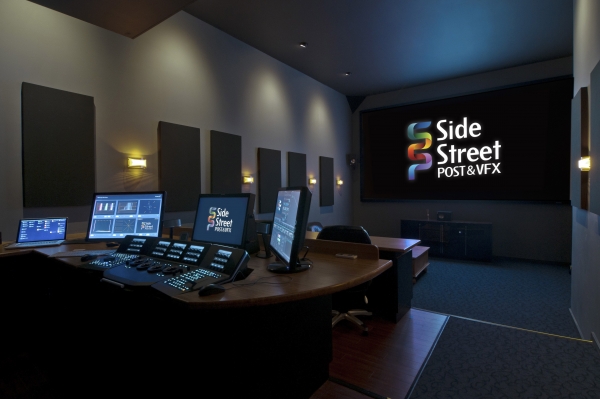 Side Street Post and VFX’s President, Gary Shaw, said, “Our legacy SAN storage system was no longer meeting our needs, and limited our ability to fully utilise Resolve in higher resolutions. We needed a solution that would enable all our colour correction suites to operate simultaneously at 4K resolution or higher and more efficiently.”

Gary’s view, shared by many, was that the current fibre channel storage systems could not affordably achieve the concurrent speeds needed, and the technical development of such systems is generally thought as having been eclipsed by ethernet solutions. For Side Street, NAS was the way to go.

Gary said, “Vancouver is a major market for episodic television and feature film production, a lot of it captured with high-end cameras that shoot at 4K, 6K or 8K, so a lot of raw camera footage arrives which in the grading process requires a very high data rate. Both technically and ethically, we don’t really want to downscale and work in HD. We want our clients to experience the true image quality especially on Dolby Vision projects.

"To deal with such high data rates and file sizes, you need a system that can handle them, and SPACE SSD from GB Labs provided both the bandwidth and file management capability that fits our needs."

SPACE SSD is the world's fastest and most scalable NAS platform, with performance up to 18GB/s and capacity up to 10PB. The Side Street system transfers data at 12GB/s and is linked to a 100GbE switch.

According to GB Labs CEO-CTO Dominic Harland, “Side Street Post is very forward-thinking and knew that a fibre channel system could not achieve what it needed. Speed was of the essence and they needed all colour workstations running at full capacity, simultaneously, in 4K, 6K, 8K and, eventually, beyond. SPACE SSD NAS copes with that easily, with plenty of headroom.”

A major differentiator with all GB Labs storage systems is that they do not require the user to replace or dispose of their existing storage. Like many other GB Labs users, Side Street was able to make use of its existing SAN by incorporating GB Labs ECHO Bridge as a way of accessing SAN data, or moving files to it for near-line storage.

“It’s a case of using the old storage for secondary purposes, essentially cold storage, and empowering SPACE SSD for the heavy lifting,” added Shaw. “After a few minutes of on-site tweaks to configure the system to our preferences, we were up and running – at astonishing speed - without the slightest disruption to our operations.”