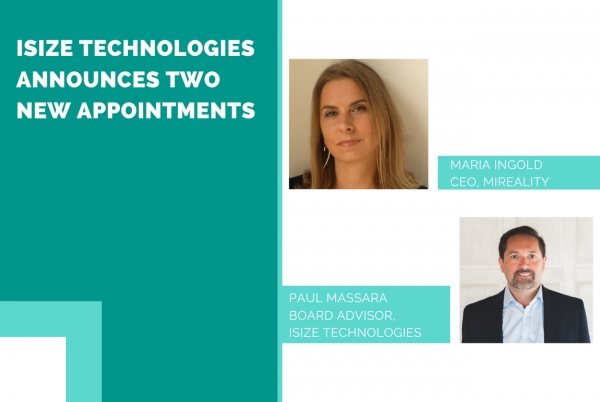 Massara brings over two decades of experience in the energy sector to the role, after various executive positions at Centrica plc, Northstar Solar and Habitat Energy, before becoming CEO at energy giant Npower. With a similarly impressive track record, Ingold joins the Board with extensive technical experience, having helped innovate the beginnings of audio and video on PCs at IBM and early 3D PC computer gaming at Ocean, before becoming a Senior Technical Executive in streaming, including a 5-year tenure as CTO at Disney-Sony joint venture FilmFlex Movies, which produced one of the most successful on demand film services in Europe.

Commenting on his appointment, Massara said: “I am very excited to join iSIZE Technologies, a start-up which is shaking up the streaming industry. Having dedicated much of my career to furthering the environmental cause, I am very much looking forwards to taking iSIZE low-carbon, sustainable technology solutions to new heights in 2020.”

Speaking about the role, Ingold commented: “I’m thrilled to be part of iSIZE at such a relevant time. With nearly 30 years of technical expertise in the entertainment and media industry, I am well-placed to see the potential iSIZE has to revolutionise the sector and am delighted to be part of its future.”

Sergio Grce, CEO at iSIZE Technologies, added: “We are very pleased to have both Paul and Maria on board here at iSIZE. With years of commercial and technical experience under their belts, these appointments demonstrate our accelerated growth trajectory as we continue to expand our corporate horizons in 2020.

With Paul’s impressive business acumen and Maria’s technical credentials on side, we are confident that iSIZE will continue to flourish as we look to make our mark in the streaming sector in 2020.”